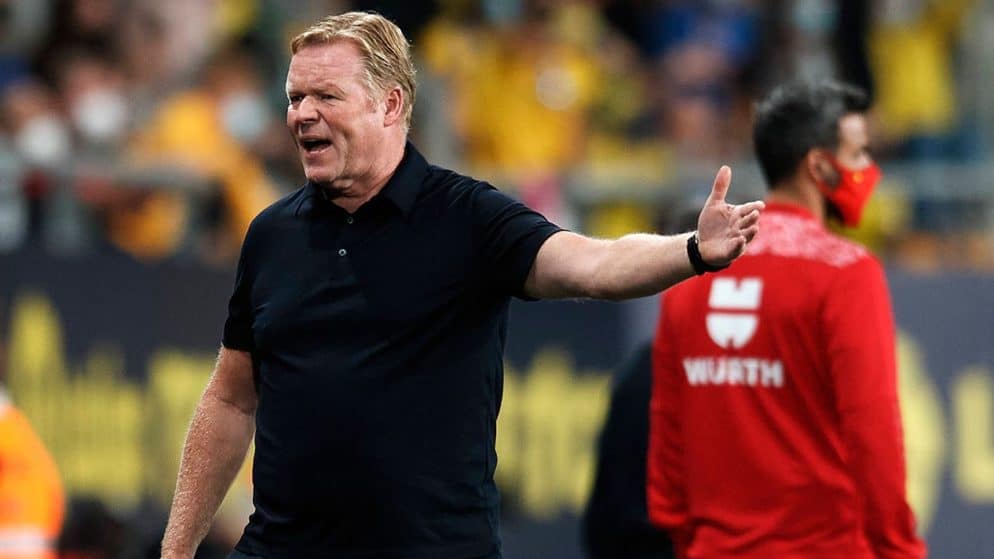 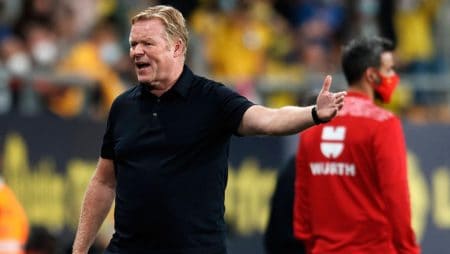 Barcelona will fire coach Ronald Koeman, and this could happen even before the next match that the Catalans will play. This was the report of the Spanish journalist, Guillem Balague, who has closely followed the situation of the Spanish club, after the shocking 3-0 loss against Benfica, in Champions League.

"It's just a matter of time before we hear the news that Koeman has been fired. There was a meeting between the leaders of the club, they just arrived in Barcelona after the transfer to Portugal. President Joan Laporta was also present and all together, they are preparing a plan for the future. The key point is time, in addition to dismissing Koeman, another alternative must be considered. "

The Dutch coach has always had a tense relationship with the president of the Laporta club, and the departure of Lionel Messi, only made the situation even more difficult for the coach. Koeman is suspended in the match against Atletico, and the club's management is considering the most appropriate moment to formalize his dismissal. According to journalist Balague, no matter how things go, the departure of the technician is already a clear and final decision.

Meanwhile, in a recent communication to the media, the Dutchman appeared frustrated by the whole situation created:

"I'm still here, but I have eyes and ears and many things come to me. I'm tired of defending myself. It no longer makes sense. "Today is not the day, but in another moment I will give my opinion on what I think about this whole situation."

The former coach of Everton and the Dutch national team refused to comment on his relations with President Laporta, responding briefly that he is still part of the club.

Meanwhile, Barcelona is expecting a very difficult confrontation against Atletico Madrid in the championship, while the Catalans will play against the current champions of La Liga.