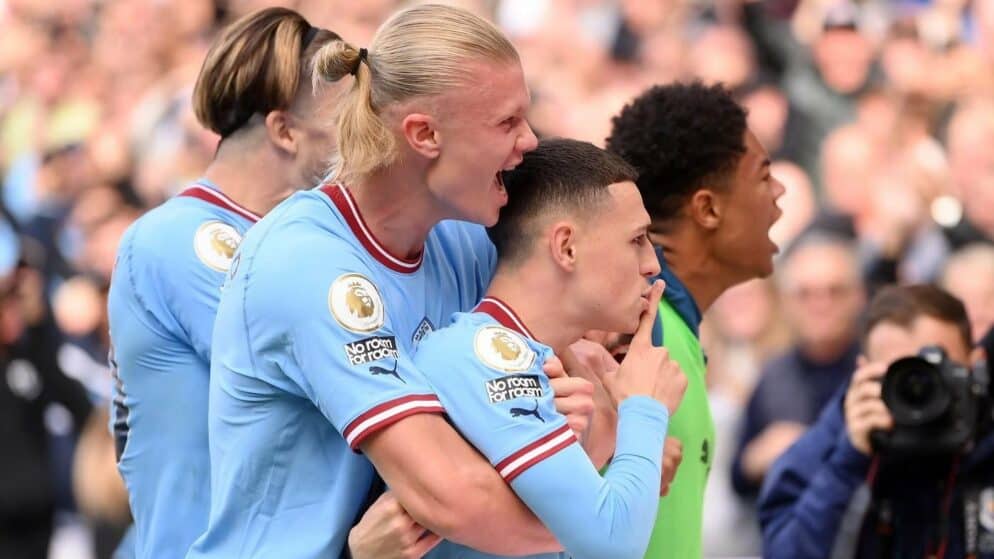 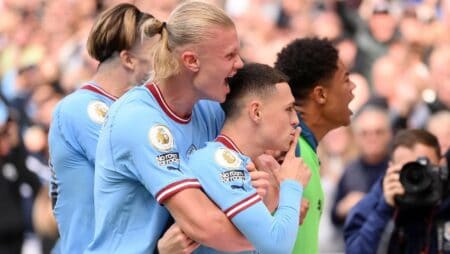 Manchester United was humiliated 6-3 at the Etihad Stadium, by rivals Manchester City, in the valuable derby for the Premier League. Erling Haaland and Phil Foden both scored a hat-trick, never giving the "Red Devils" a chance, despite the latter finding the net 3 times with Antony and Martial.

City's efforts from the beginning of the meeting were rewarded in the 8th minute, when Foden sent the ball into the net with a precise shot, after Bernardo Silva's cross. Then it was Haaland who doubled the result for the "citizens" from a corner kick, with a beautiful header. The Norwegian bomber scored his second goal just 3 minutes later, after a perfect assist from Kevin de Bruyne. Before the end of the first half, there would be time for another City goal. This time it was Foden who scored the fourth goal for Pep Guardiola's team, as Haaland took the role of assistant.

The second half had more or less the same picture, as United could not execute concrete ideas on the field. However, the Ten Hag team managed to find the first goal in the 56th minute of the challenge, after Antony's fantastic shot. However, this only provoked City to increase the tempo of the game again. The result was Haaland's third goal. The striker scored with a precise shot, sending Sergio Gomez's cross into the net. A few minutes later, Haaland created the opportunity for Foden to score his sixth goal for City, and his third personally. Both players thus secured a hat-trick in this meeting.

However, there was still time for 2 United goals, which consoled the "Red Devils" fans a little. Anthony Martial scored in the 84th minute for his friends, as well as in the 91st minute from the penalty spot. The final result: 6-3 in favor of the "citizens", who are only 1 point behind the leading Arsenal.