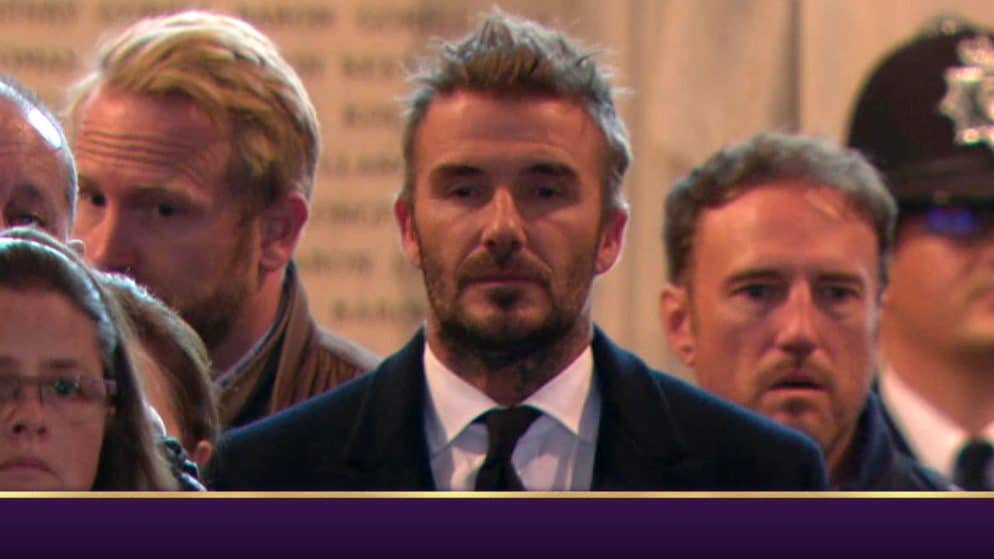 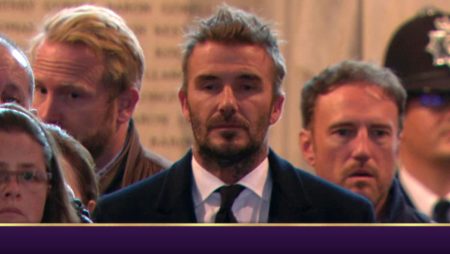 Former England footballer David Beckham and heavyweight boxing champion Tyson Fury paid their respects to Queen Elizabeth II at her funeral. Sporting events were halted again in England on Monday, as a mark of respect for the monarch's historic life and reign.

Beckham was one of the citizens who waited almost 13 hours in a row to see the Queen's coffin in Westminster Hall, as the English football legend was also present at the farewell ceremony. In a post on social media, Beckham wrote:

"The Queen is our home. Today we bid a final farewell to Her Majesty the Queen. This week the world has mourned the loss of a unique, inspiring, and beloved leader. People from all walks of life came together to express gratitude for our beloved Queen...Her legacy of service and dedication will live on. Long live the king.”

Meanwhile, Tyson Fury also reacted at the same time, who said in a post on Monday:

"I have stayed off social media for the last 10 days, in respect of our Queen who passed away. I hope the funeral goes well, condolences to her family and may she rest in eternal peace."

The English Football League has also reacted on its official Twitter page, remembering the figure of Queen Elizabeth II. The authority stated:

"On the day of Her Majesty Elizabeth II's funeral, the EFL and its clubs want to join the nation in reflecting on the monarch's remarkable life and service, and our thoughts are with the Royal Family."

Football in England is expected to return in 2 weeks, at the end of the national team matches.