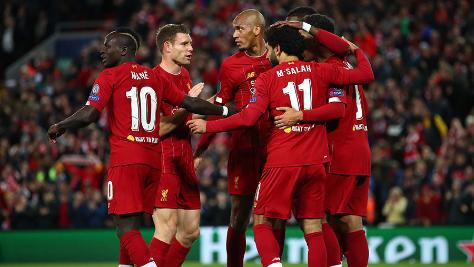 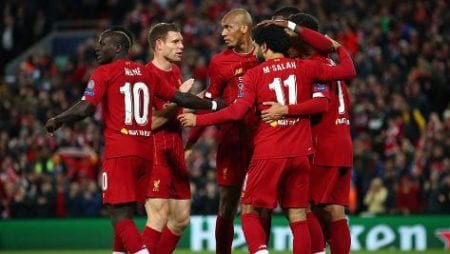 After the national team holidays, this weekend returns, the most watched Premier League championship in the world. Like every other week, this week we will have beautiful matches and very interesting matches to watch.

Opening matches of the week

This week opens with the match Everton vs West Ham which takes place on Saturday at 13:30.

The Everton team did not start well this season, where after the first 8 games it is in the 18th position with 7 points, with 2 wins, 1 draw and 5 losses.

Unlike Everton, the West Ham team has made a better start to the season. West Ham after the first 8 weeks is in 8th place in the quota of 12 points, with 3 wins, 3 draws and 2 losses.

At 16:00 6 other matches are played where the most important are Chelsea vs Newcastle and Spurs vs Watford.

In the match Spurs vs Watford, although after a poor start to the season, last season's finalists in the Champions League are seen as favorites in this match. The Spurs team is in 9th place after 8 weeks of the championship with 8 points. Unlike Spurs, the Watford team has not yet experienced the taste of victory this season, where after 8 weeks it is in 20th place with only 3 points.

Other games on this schedule are: Aston Villa vs Brighton, Leicester vs Burnley, Bournemouth vs Norwich and Wolves vs Southampton.

The last match for this Saturday is played in Selhurst Park at 18:30 between Crystal Palace vs Manchester City. The locals have made a pretty good appearance this season movie where they are in 6th place with 14 points.

Last season's champion team did not develop a season start as expected. In the first 8 weeks she has 5 wins, 1 draw and 2 losses staying in second place in the table with a difference of 8 points against the leaders of Liverpool.

These two teams share only 2 points from each other in the table, so we can have surprises, where the host team can come out with points from this match.

Also Read: Zidane Real Madrid, between the past and the future

This week's Super Challenge in the Premier League

This match is one of the most watched matches on the planet. Both teams have a long history between them. They have played 54 games between them of which 28 wins belong to Man Utd, 14 belong to Liverpool and 12 games are split in a draw.

Against history, the team of Man Utd has had a very disappointing season, where under the leadership of coach Ole Gunnar Solskjaer, unlike the end of last season, this season has not achieved the expected results. In the first 8 weeks of the championship the team from Manchester has managed to secure 9 points and is in 12th position.

Unlike any other team in the league, the Liverpool team has no losses or draws, where in the first 8 games it has managed to secure 24 points by arming the first place. Jurgen Klopp's team is on track to win the missing championship since 2000/2001, and as far as can be seen this is the year of Liverpool and Klopp.

Although Man Utd comes with numerous absences in this match, this match is expected to be strong and is expected to give spectacle as in any other match played between these two teams, although Liverpool seems clearly the favorite in this match, in a derby the result is not known, everything remains to be enjoyed.

The closing match of week 9

This week in the Premier League closes on Monday at 21:00 with the match Sheffield United vs Arsenal. This match seems with little history, where the Arsenal team seems clearly the favorite. The friendly team has developed a good start to the season, where after the first 8 weeks it is in 3rd place with 15 points, 1 point away from Man City in second place.

Sheffield United is in 13th place with 9 points. As it seems from the beginning of the season, the Arsenal team is expected to come out with 3 points from Bramall Lane stadium, Sheffield.