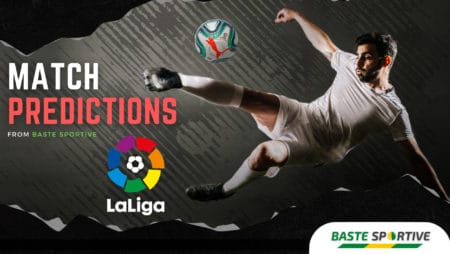 In 5 of the last 6 direct confrontations between Valencia and Atletico Madrid, both teams have found their way to the net. Atletico Madrid has conceded a goal, but also scored, in 4 of the 5 matches played in transfer, this La Liga season. The friends are undefeated in the last 13 meetings with Valencia, and are the favorites in this confrontation as well. The hosts are a quality team, but during this season they could not be consistent in their results.

The last 3 direct confrontations between Real Betis and Sevilla have produced less than 2.5 goals per game. In the last 8 transfer challenges, Sevilla have scored 2 or fewer goals per meeting. Meanwhile from the other side, Betis comes to this challenge after 2 deep losses. One against Atletico Madrid in the league with the result 3-0, and another in the Europa League against Bayer Leverkusen, in the figures 4-0.

Since losing to Barcelona at the start of the season, Real Sociedad have been unbeaten in 11 games. The friends have developed fantastic performances, not only in the championship, and lead the La Liga standings with 25 points. Meanwhile, Osasuna started the championship quite well, but the hosts have 3 games that do not find victory. Moreover, Osasuna has 11 matches that it cannot win against Real Sociedad in direct matches.