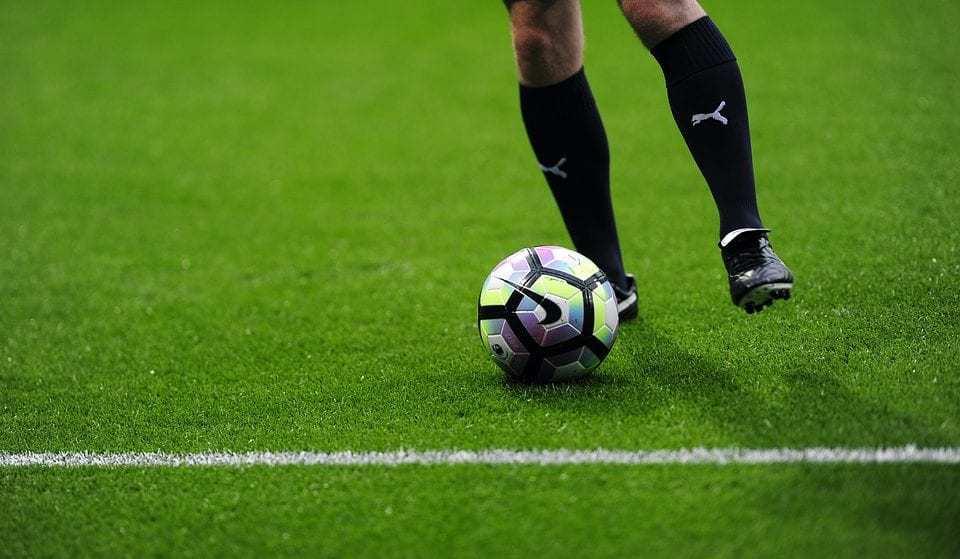 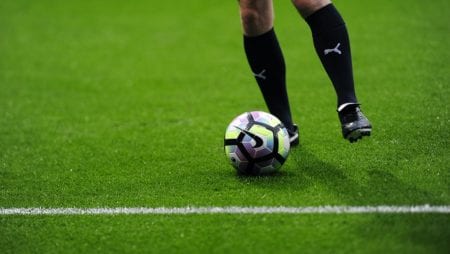 The Catalans seem to be improving after the slow start of the season and undoubtedly the return of injured players (Messi and Suarez in particular) has been the main reason for this return to positive results. Their form in transfer matches has often put coach Valverde in a difficult position and in these conditions he will definitely seek a victory from his team.

Barcelona comes with some absences in this match where Dembele and Pique can be mentioned. The absence of the latter will make the presence of Todibo alongside Lenglet almost mandatory, since Umtiti also comes from injury and is still in doubt for this match. Jordi Alba has also returned from injury and is expected to start this match as a starter.

In terms of confrontations with Eibar, the reigning champions of The League have won 9 of the last 10 games against this opponent 6 of which closed with an untouched goal.

The convincing victory over Sevilla, in which the match was practically closed after the first 45 minutes, has undoubtedly restored confidence in the Catalan camp. Meanwhile, Eibar comes from a 1-1 draw with Betis in a match in which they had control until the 66th minute when they conceded the equalizer.

The fact that Real Madrid leads the league after the first 8 games and next week Barcelona will face them in El Clasico first of the season, puts the Catalans in a position where victory is mandatory.

Facing Barcelona in El Clasico next week will be very important for Zidane and his team, where a positive result would turn Los Blancos into favorites for the La Liga title. Given this, winning the previous game would bring confidence and positivity to the team. Mallorca is the perfect opponent in this respect as he has just returned to La Liga and in all likelihood this season will fight for survival, a fact that makes this match, at least on paper, a simple confrontation for Madrid.

Real Madrid has some players in doubt for this match. Kroos and Modric are both on the injured list and Bale also had physical problems during the match with his national team and it is expected that Zidane will not risk with them on the eve of El Clasico.

In the last 5 games against Mallorca, Madrid have managed to get 5 wins and Mallorca's last victory in its field against Real Madrid was in 2006.

Real Madrid comes to this match as the leader of La Liga and as the only team without losses in these first 8 weeks. Mallorca on the other hand is in 18th place and have 5 losses so far. If we add to this the fact that Real Madrid has won the last 5 encounters by scoring 4 or more goals in the last 3, it can be said that Madrid are absolutely the favorites in this match.

The leaders of Liveprool will play in the transfer of Old Trafford a confrontation that, despite the poor form of the locals of United, is expected to be complicated. This will be a pretty good opportunity for the reigning Premier League champions to close the gap with them. Many of Pep Guardiola's players have played with respective national teams this week and their physical form will probably not be maximal, so it is up to the Spanish coach to make the right choices in the lineup to find a winning formula against Crystal Palace.

John Stones and Kevin De Bruyne were seen in the starting line-up in training sessions during the week and their potential presence on the pitch will be a pretty positive factor for Manchester City. From the injury it seems that Mendy has also returned and is expected to be in the runoff with Zinchenko for the position of left defender, a position which in the confrontation with the Wolves was held by Joao Cancelo. On the other hand coach Roy Hodgson hopes to have defender Sakho available for this showdown.

Last week in the Premier League, Manchester City suffered a surprise loss to the Wolves and found themselves full 8 points behind Liverpool who have been unstoppable in these first 8 games. Kevin De Bruyne's absence has been felt in both games that Pep Guardiola's team has lost this season making his return much needed.

Although Crystal Palace has shown a pretty good form so far accumulating 14 points, only 2 less than City, the quality that Citizens have in the team and the superiority they have shown in recent encounters between them where they have won 15 out of 17, makes Pep Guardiola's boys the favorites. Crystal Palace has made excellent appearances in the defensive phase, but has shown difficulty in scoring goals and in a showdown against a team that usually scores 2-3 goals per game it will be difficult to get a positive result.

Undoubtedly the most important match of the week in European football is this confrontation between two historic English football teams. Despite the historical rivalry, this confrontation finds the teams in quite different situations. Liverpool have made a perfect start to the season by winning all the games so far and leading the league while United have taken 2 wins, 3 draws and 3 losses, a situation that has brought a lot of pressure on coach Solskjaer. The Norwegian coach plays a match that puts a lot on his future on the Red Devils bench: a loss to the historic rival would probably lead to his dismissal, while a victory could bring confidence to the team and help him regain positive results.

The list of injuries is long enough for United on this eve where a full 11 players will be missing or in doubt. The players for whom the absence is almost certain are Pogba and De Gea, while for others like Wan-Bissaka, James, Martial, Lingard and Shaw there is still hope and you can be part of this match.

Liverpool on the other hand will have Alisson back from injury and this is very positive news for Jurgen Klopp. The German coach will have almost all of his players available where the only absences will be Shaqiri (injured), Elliot (suspended) and Salah who is in doubt after the injury he suffered against Leicester.

Liverpool is certainly seen as the favorite in this match and the reasons are many:

- the difference of 15 points with United can not be a coincidence, but it is an indicator of the completely opposite form that the two teams are going through, which is the strongest argument in favor of the Reds

-in the last 5 encounters Liverpool have won 2, United 1, and 1 has ended in a draw

-the damage to United is numerous and Solsjkjaer does not have much choice, while Klopp has a complete staff where only Salah is in doubt.

Despite all that speaks in favor of Liverpool, in such matches it often happens that predictions become invalid because the rivalry pushes the teams to give the maximum regardless of the form from which they come. This is exactly what United will try to do with the help of the Old Trafford public which in the past has often been a factor in the team's triumph.

Juventus host Bologna in this confrontation of the 8th week of Serie A. Despite the Champions League match in midweek, Juventus can not afford to risk leaving points in the league only a week after taking the lead after the victory over Inter. Bologna is a relatively easy rival, but many black and white players come from national team matches and their physical shape remains to be appreciated. Bologna has also shown that it is a team that knows how to score against teams that play attacking game (Lazio and Roma) and Juventus has not been in the best shape in the defensive phase these first weeks.

Juventus absences are Costa, De Sciglio, Chielini and Pjaca, but all these names have been on the injured list for several weeks and Sarri has had enough time to prepare his team even without them. The returns of Ramsey and Danilo after muscle problems give the Italian several options to choose the starting lineup for this match and possibly to rest some players for the midweek match against Lokomotiv Moscow.

Juventus have won 12 of their last 13 games against Bologna and have lost just once in their home history to this team. The Whites climbed to the top after the victory against Inter. However Conte's team had full points up to that point and it looks like it will be a tough rival in the title fight, so Sarri's team can not afford another result other than victory in this match.

Antonio Conte has done a very good job at Inter so far, a fact that is reflected in the team's results. Before the loss to Juventus last week, the Zikaltri had achieved 6 victories in 6 matches, becoming a serious threat to the leader of the ranking. Despite the fact that in the last match the differences in quality with the reigning champions became clear, something that was accepted by Conte himself, it must be said that this season Inter seems a team with a winning mentality and very tactically organized.

This match in the transfer window against Sassuolo is expected to be quite delicate for the fact that in the last 6 matches Inter has suffered 4 losses, 1 draw and has won only 1 match. Another negative result would reduce the enthusiasm of the start of the season and would further remove Inter from the top in case of victory of Juventus.

The only absences for Conte will be Alexis Sanchez and Sensi who was injured only in the last few days. Sassuolo is not expected to have any shortcomings other than Rogerio and Chiriches and will try to get a positive result to avoid falling further down the rankings.

Augsburg is seen as one of the contenders to drop out of the category this season and consequently it is expected to be difficult for them to stop Bayern who want to regain the Bundesliga head as soon as possible. The German record holders suffered a sudden loss at home against Hoffenheim and surrendered the head of the German championship. The Bavarians have taken 4 wins, 2 draws and 1 loss in these first 7 games, but it seems that they will again be the main favorites, especially after the approaches of Coutinho and Perisic who seem to have started to fit well in the new club.

Serge Gnabry did not play for the German national team in Estonia, but he can still return in time for this match, while Hernandez seems to have recovered and is expected to start as a starter.

In the last 6 encounters with Augsburg Bayern has managed to get 5 wins and 1 draw and has scored a total of 20 goals, a statistic that shows their superiority over this opponent. The confrontation this time is expected to have the same ending as the Bavarians can not afford another false step if they want to return to the lead.

You can watch this sports match and many more live on betting companies which offer Live Streaming!