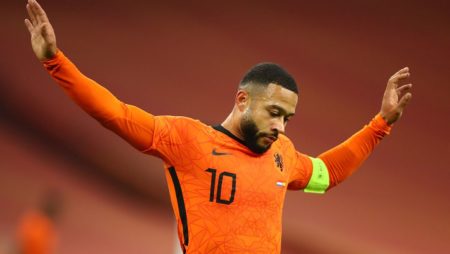 Didier Deschamps' France went no further than the 1-1 draw against Ukraine. This is the 5th consecutive draw for the national team of "turkeys", who seem to have not yet found the right rhythm, since the surprise elimination from Switzerland in Euro 2020.

It was the Ukrainians who were the first to take the lead with Mykola Shaparenko. The midfielder hit quite accurately from a distance in the 44th minute, giving the goal to his team. France later found the equalizer with Anthony Martial. The latter thus scored his second goal with the French representative, and the first for him since 2016.

The French can be considered somewhat unlucky, as Moussa Diaby's shot stopped on the post, following a pass from Karim Benzema. This could have been the goal that would have given the victory to the friends, but the Deschamps's trustees should be content with the draw again.

Meanwhile, the Netherlands secured a significant victory against Montenegro in the figures 4-0. It was Memphis Depay who first found the net twice for the "tulips". The goals of Wijnaldum and Gakpo then sealed the victory for Louis van Gaal's supporters.

Montenegro had its chances to score, mainly due to the negligence of the domestic defense. However, the friends abused many of the opportunities they had. Stefan Mugosa missed the clearest opportunity for the Montenegrins, as at a very close distance to the goal he sent the ball unforgivably out of the game.

This was Louis van Gaal's first victory over the Netherlands. The coach will hope that this time, he will lead a more successful campaign than the previous ones with the national team, where he failed to lead the "tulips" to a major international trophy.