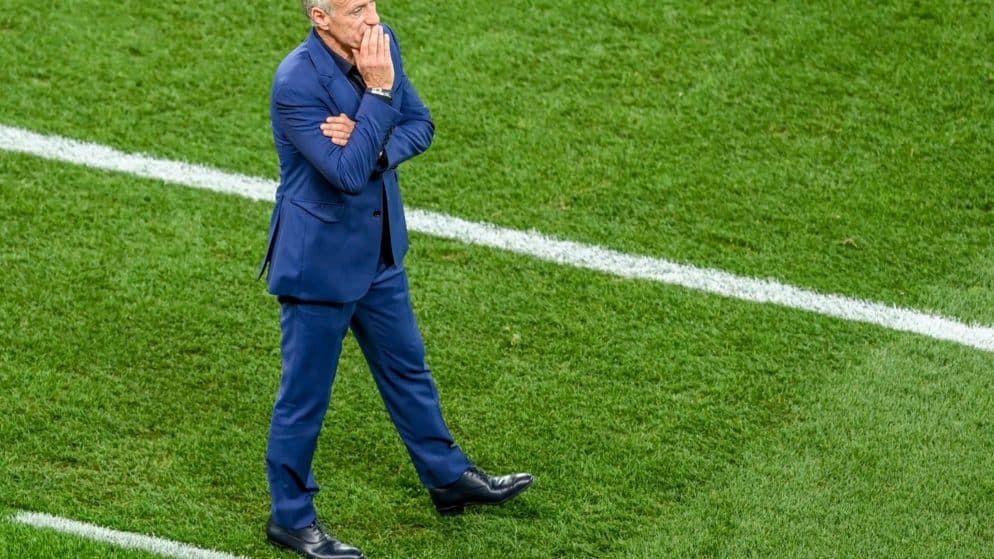 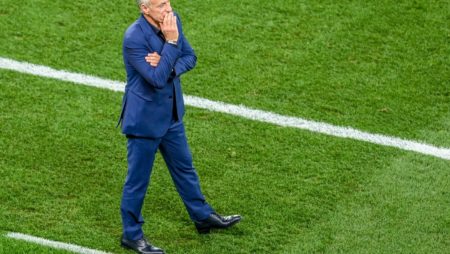 Deschamps, during a match

A surprise that no one expected was the elimination of France from Euro 2020. The "turkeys" seemed to be on the right track to secure their place in the quarterfinals, after the goals of Karim Benzema and the super-goal from distance by Paul Pogba. But, the Swiss managed to score 2 times at the end of the match, leading the match to extra time. The extra 30 minutes brought out no winner, and from the penalty spot, it was Kylian Mbappe who missed the crucial penalty, thus disqualifying France from the competition.

Jose Mourinho is of the opinion that coach Deschamps made a tactical mistake that cost the French team a lot. According to the Portuguese, the decision to replace Antoine Griezmann with Moussa Sissoko was quite hasty on the part of the Frenchman. Mourinho told talkSPORT:

"They were playing fantastically (France). Benzema's first goal was extraordinary, Pogba's goal as well. But, I think they started having fun ahead of time. I believe Deschamps made a mistake that I have thought about several times. "When you are in a match and there is the possibility of extra time, you have to be very careful with the changes you make."

"When you make a change in the 89th minute, and remove one of your best players like Griezmann from the game, and replace him with Sissoko, there is a problem.

If it is a match with points and no extra time okay, but if it is the possibility of extra time is different. If the opponent equalizes in the 91st minute or 92 'then you will "kill yourself" after leaving Griezmann out of the game for 30 minutes. In extra time you can not even predict Benzema injury and thus lose your 2 main players in attack. "

Unlike usual, the Portuguese was lenient in his criticism. Mourinho underlined the fact that Deschamps made a mistake, but stressed that this is something that can happen to anyone. According to him, such experiences are what help coaches.