Group A: Here are the chances of Italy, Switzerland, Wales and Turkey 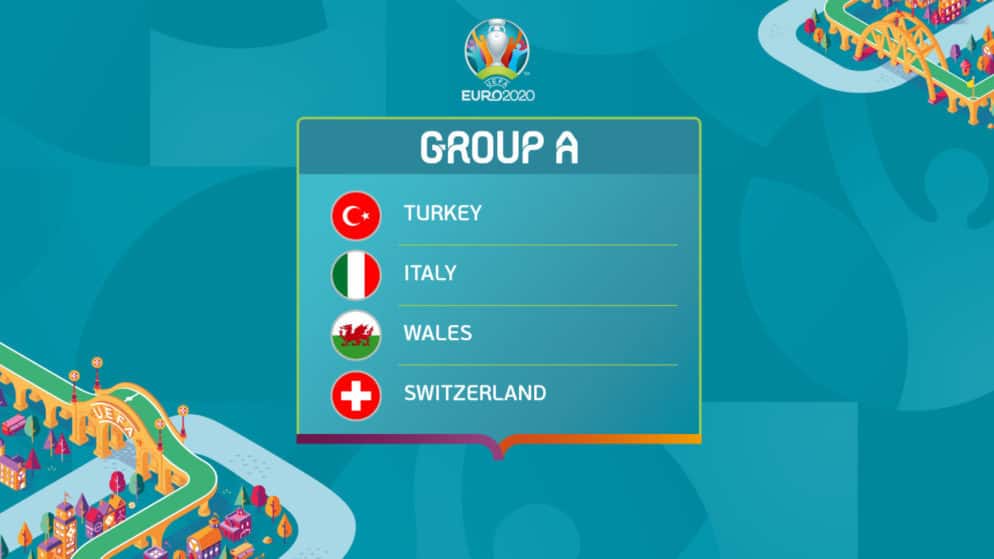 With the European being already only 1 week away, the teams are ready and the preparations are coming to an end. The competition will start on June 11, with the Turkey-Italy challenge. The national teams are part of group A, together with Switzerland and Wales, 2 teams that are also very strong and competitive. However, only 2 of the representatives will pass the group, and each will play its own chances to achieve the objectives.

Undoubtedly, the strongest team in the group remains Italy. After the big disappointment of 2018, where the Italians failed to be part of the World Cup, it seems that things have changed. Coach Roberto Mancini believes that his team is not far from being the best in Europe, and there are statistics that prove this. Italy qualified in € 2020 winning all qualifying matches as well as coming out first in the group at Nations League. These results are strong signals for anyone who underestimates the chances of the "azures" in Europe.

Turkey is another very interesting team with the potential to surprise at Euro 2020. The Turks closed the qualifiers in second place in the group, just 2 points behind France, the reigning world champions. Also, during this year, the national team led by Senol Gunes has registered convincing victories against the Netherlands and Norway. It seems that the internal staff of the Turkish representative can open jobs for any team in Group A. But, despite this, qualifying for the next stage remains a major objective for Turkey.

Switzerland and Wales are the other 2 teams that complete Group A. Each of them has talents that are active in the major European football leagues. The main star of the Welsh is Gareth Bale, while that of the Swiss is Yann Sommer.

The team game model generally focuses on individual talents, but qualifying for the next stage requires much more compactness and group coordination. At this point, it seems that Senol Gunes' Turkey could have the advantage over Switzerland and Wales. However Group A remains complicated, and apart from the fact that Italy will most likely secure qualification, nothing else can be said with certainty.