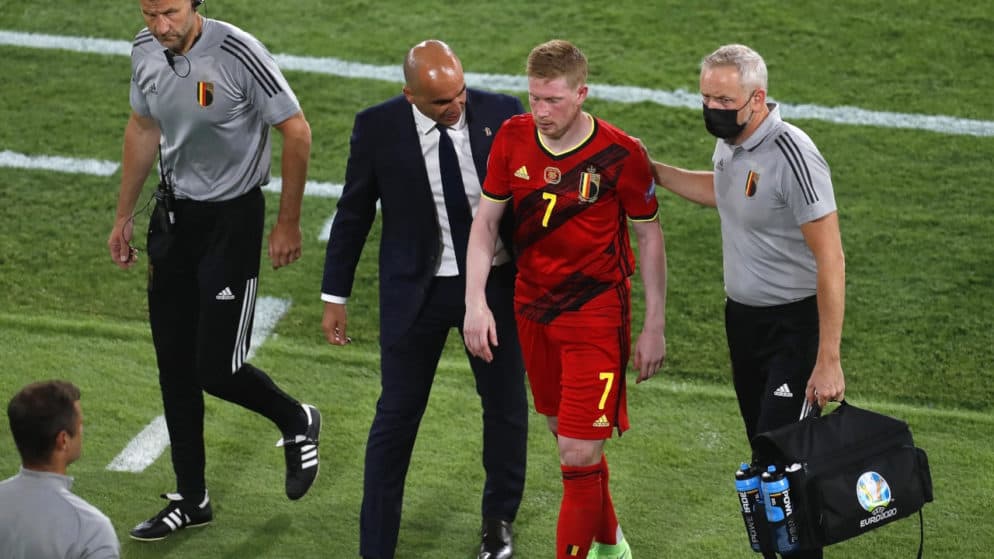 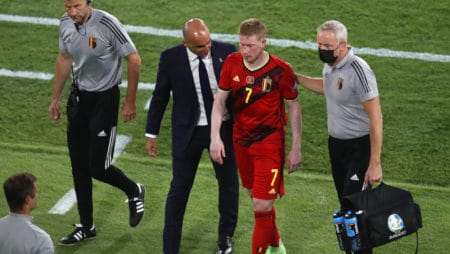 Manchester City midfielder Kevin De Bruyne suffered an injury in the highly contested match between Belgium and Portugal, which ended with the qualification of the Belgians. After a duel with Joao Palhinha of Portugal, it was clear that the talented midfielder received a strong kick. Despite this, De Bruyne tried to continue the game, but was forced to leave just 2 minutes after the start of the second half.

During the second half the player was seen sitting on the bench, with a large ice pack covering his leg. The interest was great from the sports media and the Belgian coach, Roberto Martinez clarified the situation regarding the injury of the City star:

"It will take us at least 48 hours to confirm the extent of the damage. It was a very bad foul. We still do not have a diagnosis from the medical department. "

In the Belgian camp another concern is the condition of Eden Hazard who seems to have suffered a muscular contraction in the last moments of the match. Goalkeeper Thibault Courtois has told some reporters that according to him, the European was closed for Hazard after the injury. If this news is confirmed, it will be a big loss for the Belgian team, especially at this stage of € 2020 where the difference is made by individual talents. Coach Martinez communicated the same message about Hazard's injury, saying we should wait for medical reports, but we are dealing with a muscle problem.

Belgium will face Italy in the quarterfinals, in a very difficult challenge on Friday. This means that time is the enemy of the moment in the Belgian camp. De Bruyne and Hazard have only 4 days to recover, and even if they do, their physical form and performance on the field remains to be seen.