Kosovo team in the Euro 2020 qualifiers 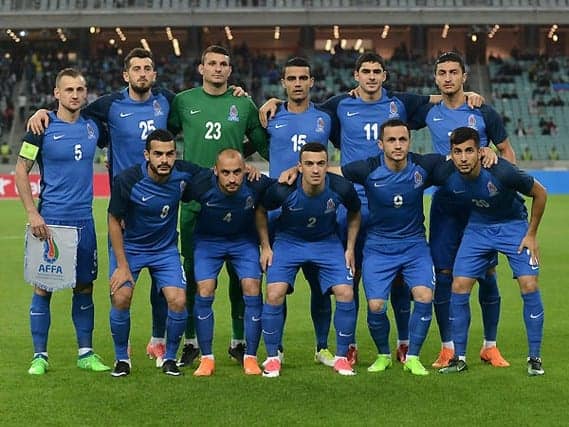 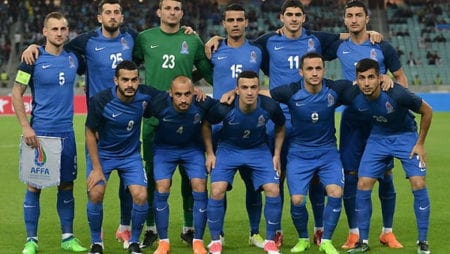 At the time of the creation of the Kosovo national team, otherwise the Kosovo team, the enthusiasm in the country was great, although there were opinions that Albanian lands should have a common national team, but this was practically impossible given the political situation.

Despite this, the idea of ​​a national team representing Kosovo, where players from the local championship and those who already played in various European leagues would now have the opportunity to represent their homeland, was exciting for everyone.

This would be a new challenge for Kosovar football and the Kosovar football federation who put in the work to build a project to turn this new national team into a competitive one as soon as possible.

Progress was quick and noticeable however throughout Kosovo's first qualifying campaign for a world championship the feeling was that the national team was not getting the respect it deserved from opponents for whom facing Kosovo was seen as easy, at least on paper.

However the appearances of Kosovo national team were not as negative as the results showed. Although they only managed to get one point during the qualifiers for the 2018 World Cup, their performances against teams like Croatia, Iceland, Ukraine and Turkey deserved more than that.

Of course, the staff and the players themselves had this feeling, the feeling that they deserved more, were worth more and that the future would be positive. In this way, the work started continued…

… And time showed that they were right. At the moment, the Kosovo team is in the third place of its qualifying group only 1 point less than the second place that leads to the European, with only 1 loss in 6 matches which came against a team of the highest level such as is England, a match in which Kosovo dared to play its attacking football despite the status of opponent.

The second place is held by the Czech Republic, a team with which Kosovo has its next confrontation on November 14. The result of this match will undoubtedly be decisive in the dream of going to the European.

The results of the Kosovar national team in this qualifying campaign for Euro 2020 have undoubtedly been positive. The team led by Bernard Challandes has managed to get 3 wins, 2 draws and 1 loss in the 6 games played so far and continues to be in the race for a place in the 2020 European Championship.

The only defeat has come in the face of the group leaders, England, a team of a very high level. However, even in this confrontation, Kosovo tried to play its attacking football, without being complexed by the difficult opponent and showed that it has the ability to produce good football regardless of which team it faces.

Exactly the team game is worth mentioning as the most positive point of these qualifiers, even more than the results obtained. In a football period characterized by cynicism where disadvantaged teams on paper adapt to play defensive football and hope to score points through counterattacks, Kosovo has shown a football based on accurate combinations between wards, high pressure and always with desire to create as many cases and kicks to the gate. But how exactly does the Challandes team play?

The coach usually lines up his team in the 4-2-3-1 formation and while the team has the ball in control the three central midfielders often swap positions with each other creating a fairly fluid situation in the middle of the field that helps other players always have passing points to quickly move the game forward.

Wing defenders seem to play a very important role in the attacking phase as they often run behind the back of the defense in the space that winger midfielders leave moving more towards the center. However, involvement in the attacking phase often leaves room behind, and transition moments where the opponent counterattacks pose a risk of conceding a goal.

This was clearly seen in the match against England, whose attackers and wingers are quite fast and in cases where they were served correctly by the midfielders, they were often found 1 to 1 with the defenders of the center.

In attack, the Kosovo team usually plays with a center striker assisted by offensive wing players and an advanced midfielder. In many cases the team plays with many players in the attacking phase with the wing defenders overlapping, the offensive wing midfielders tending to break the game towards the center and the central midfielders approach to get the ball in the kick position at the entrance of the area or get inside it to have 3 or 4 players in the area in moments of crosses.

The numbers in the attack undoubtedly help the team in its combinatorial game and in creating many chances, but as mentioned above, they give the opponent the opportunity to counterattack dangerously in case the negative tension is not realized quickly by the Kosovo footballers.

In total we can say that we are dealing with an attacking team, which tries to move forward as quickly as possible and create many scoring chances. The midfield is fluid and often pushes forward to assist the attack as do wing defenders.

The defense must be said to be well positioned and accurately execute the coverage of the respective areas when the team is defending in the group, but suffers in the moments of counterattacks due to the number of players advancing forward.

The Kosovo team plays a beautiful football and no matter what the fate of the qualification after the remaining two matches, the taste they will leave to their fans will be positive. Expectations in the future will be high, but if the quality of the game shown continues and improves, it is inevitable that the objectives will be achieved.

Also Read: Kosovo is the next target for online betting

In his words after the match, the Kosovo coach seemed quite happy with the result, but stated that his team should have closed the match earlier. The full statement is as follows:

"If we have so many cases, we should normally do it. The team has played good matches, compact, a very good transition. We have had many cases, we have not scored, but we have not suffered on the other side. Maybe we should have killed the game earlier, but I'm very happy. I liked the work of midfield and defense, the pressure we did.

We kept the ball, we played our football with short passes, also with situations on the wing, but only the end of the action was not better.

I think Shala did not play last week, it was disturbing the fact that he had an injury and it is normal that we replaced him. I was happy with the team and it was definitely not necessary to make a change. "I am satisfied with what the players showed on the field," said Challandes.

Kosovo footballer part of the formation of the week of qualifiers.

The victory against Montenegro was a very important result for the Kosovo team, a result that keeps alive the hopes for qualification for Euro 2020. The appearance of the team was convincing and all the players were positively evaluated for the game, but one of them managed to be included in the best formation of this round of qualifiers and it is about the captain Amir Rrahmani.

The Kosovar quarterback was rated 8.3 by the SofaScore statistics website, thanks to his very good performance not only in the defensive phase but also the goal scored in the 10th minute of the match. The full lineup selected is as follows:

As can be seen, the formation of the Kosovo team consists of some of the stars of European football such as Alderweireld, Sterling, Kane, and others, one more reason for Rrahman to feel proud after the victory against Montenegro.

Of course the bettors who play in betting company, prefer Kosovo in their tabs, as the team has really made qualitative steps forward and has become an important factor in European football.