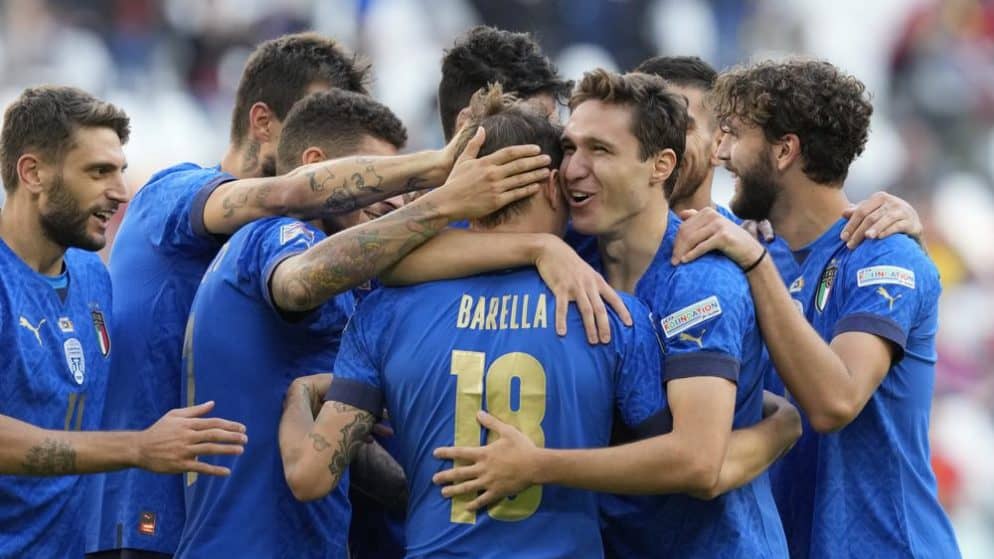 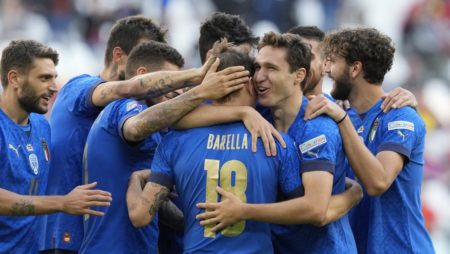 The Italian national team managed to resist the pressure of Belgium, winning 2-1, the valuable confrontation for the third place in the finals of the Nations League.

It was Nicolo Barella who unlocked the score for the Italians, with a beautiful shot in the air, just 1 minute after the start of the second half. 20 minutes later, Domenico Berardi converted a penalty kick into the goal, thus giving Italy a double advantage. The meeting was going well for the latter, but in the final minutes of the second half, the Belgians put in serious difficulty the defense of Mancini's team.

In the 86th minute, Charles de Ketelaere scored for Belgium, reducing the goal difference to only 1. Before this realization, the Belgians hit the post 3 times, but luck was not with them in this meeting.

After Charles de Ketelaere's goal, the Belgians started pushing even harder against the Italian defense. However, the minutes were very short, and the Italians managed to defend the advantage, securing the "bronze medal" in the new competition of FIFA.

The European champions thus return strongly to victory, after the loss to Spain. This defeat ended 37 consecutive games without a loss to the Italians, an extraordinary record. Coach Mancini was very pleased with the performance of his team:

"Today we played very well, we were excellent. "We had other players in midfield, today they did very well."

However, the Italians had the advantage of the field in this challenge, as the confrontation was played in Turin, exactly at Juventus Stadium. Also, it is important to underline the fact that Belgium did not have on the field 2 of the most important players of the representative, Eden Hazard and Romelu Lukaku.

Despite this, Italy appeared quite solid in defense and creative in attack, showing once again its potential and giving a clear message to opponents.